The Reciprocity Principle tells us to repay others when they do something for us.

The Consistency Principle says that humans have an obsession with sticking to their guns. Once we’ve committed to something, we pressure ourselves to conform to that commitment.

A well-known principle of human behavior says that when we ask someone to do us a favor we will be more successful if we provide a reason. People simply like to have reasons for what they do.

By signing the petition, residents came to view themselves as civic-minded, public-spirited citizens. With this newfound identity, the Consistency Principle did the rest of the work: they complied in order to be consistent with their new vision of themselves.

Writing something down requires effort: and the more effort that goes into making a commitment, the more likely it is to influence our beliefs and behavior.

We decide what’s correct based on what other people think is correct.

It’s why television producers add laugh tracks to unfunny sitcoms: they know that, through social proof, we’ll be more likely to laugh if we hear others laughing

People prefer to say yes to those that they like.

Experiments have demonstrated that attractive people are more likely to get help when in need and are more persuasive in changing an audience’s opinions.

We like people who are similar to us. This fact seems to hold true whether the similarity is in opinions, personality traits, background, or lifestyle.

People follow the lead of credible, knowledgeable experts. For example, physiotherapists can persuade more of their patients to comply with recommended exercise programs if they display their medical diplomas on the walls of their consulting rooms.

We will find a piece of information more persuasive if we think we can’t get it elsewhere.

There is a natural human tendency to dislike a person who brings us unpleasant information, even when that person did not cause the bad news. The simple association with it is enough to stimulate our dislike.

Salespeople always want to show you the most expensive model first.

If you buy the expensive model at first sight, then that’s obviously a win for the salesperson. But if you reject it, they’ll then show you the more reasonably-priced model. By contrast, it will look far more affordable than it really is.

If you sell the suit first, when the man browses the sweaters, their prices will not appear as high in comparison. A man might balk at the idea of spending $95 for a sweater, but if he has just bought a $495 suit, a $95 sweater does not seem excessiv

Since 95 percent of people are imitators and only 5 percent initiators, people are persuaded more by others’ actions than by any proof we can offer.

Pluralistic Ignorance is a state in which each person decides that nothing is wrong since nobody is concerned.

A lot of persuasion rests on the manipulation of human fixed-action patterns. Fixed-action patterns are the mental shortcuts and assumptions that we use to fill in the blanks of our everyday experience. For example, we assume that when other drivers on the road are braking, we should brake too. 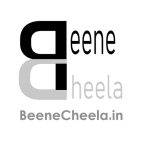